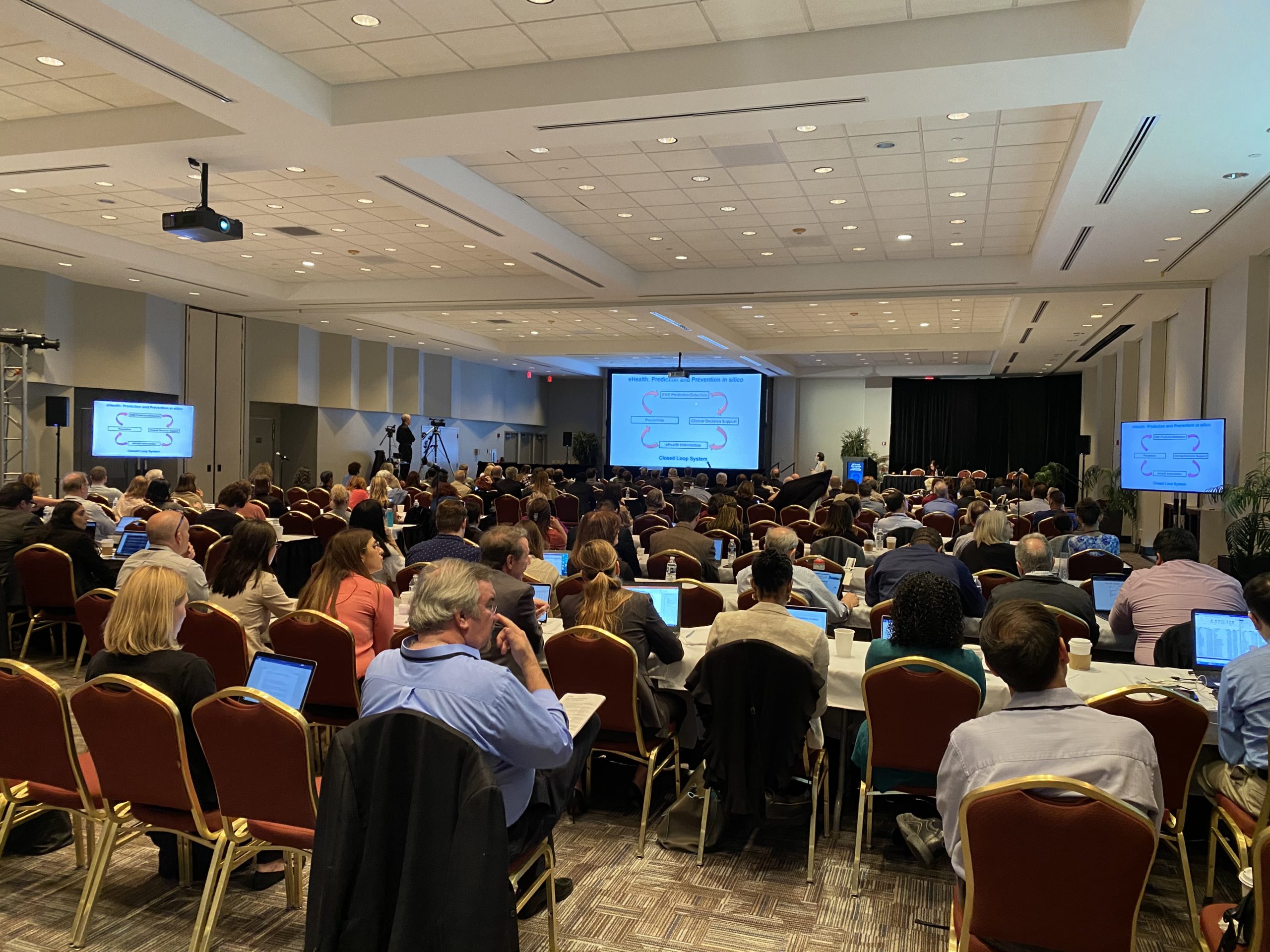 Impaired cognitive performance in the presence of intact functional ability in middle-aged and elderly individuals may lead to a diagnosis of MCI and a suspicion of early Alzheimer’s disease. A major objective of this Symposium is to identify factors which can improve diagnostic accuracy of prodromal Alzheimer’s disease or identify alternative causes of real or apparent cognitive impairment.

MCI may progress to a full-blown dementia, remain static, or reverse to a cognitively normal state. An objective of this Symposium is to explore some common causes of non-progressive or reversible MCI.

SESSION 1: Utility of Blood Biomarkers in for Diagnosis of Pre-Clinical and Clinical AD

1. Describe the relationship between amyloid-beta in blood and brain imaging findings on MRI and PET
2. Discuss pathology-based disease classification in the predementia phases of AD and other neurodegenerative disorders using blood and CSF biomarkers
3. Summarize the association between blood measures of tau, amyloid-β, and neurofilament light and risk for incident AD and dementia
4. Explain how blood biomarkers can be used for prognosis in older subjects with normal cognition and MCI

1. Describe the pathophysiology underlying sensory changes in preclinical and prodromal AD
2. Explain the relationship of sensory changes to neurodegeneration on MRI and amyloid deposition measured on PET
3. Summarize the effects of visual acuity on cognitive measures and future cognitive decline
4. Discuss how odor identification can be used as a tool in a memory disorder evaluation

1. Describe how the cerebrovascular effects of hypertension lead to cognitive impairment
2. Discuss prevention strategies aimed at identifying early-stage vascular MCI, reducing risk factors, and facilitating treatment
3. Summarize how the spatial distribution and frequency of WML in particular brain locations are associated with cognitive scores
4. Identify perivascular spaces on MRI and explain their relationship to vascular events and cognition

1. Distinguish adult ADHD from MCI due to progressive disorders such as Alzheimer’s Disease
2. Discuss the effect of lifetime stress on later-life cognition in African Americans
3. Summarize research about the association between cognitive health and instrumental activities of daily living among older Hispanic subjects
4. Explain pseudodementia and its association with subsequent organic dementia

MORE ABOUT THE EVENT

Projections are that nearly 14 million people in the United States and 120 million people worldwide will have dementia caused by Alzheimer’s Disease (AD) and other conditions by the year 2050, a phenomenon driven by increased longevetity. All forms of dementia have a major impact on the quality of life and productivity of affected individuals, their caregivers and the community in general. Individuals with dementia suffer from cognitive and functional impairment, social isolation, problematic behaviors and overall deterioration. Many people with AD require long-term care. In addition, their caregivers are often affected physically, psychologically and financially by the burden of providing care.

Due to improvements in clinical assessment, brain imaging and biomarker methods, major advances in identifying the earliest features of AD and other causes of dementia have been made. International workgroups, including those convened by the Alzheimer’s Association and the National Institute on Aging (NIA), have provided new criteria and guidelines to diagnose Alzheimer’s disease, Lewy Body Dementia and Frontotemporal Dementia more accurately. The criteria for diagnosing a pre-dementia condition known as Mild Cognitive Impairment (MCI) have also been refined. People with MCI are at an increased risk for progressing to AD or other dementias. In addition, neuropsychiatric symptoms, such as apathy and agitation, are associated with faster progression from MCI to dementia, so their identification is clinically useful.

The early diagnosis of dementing illnesses can lead to earlier pharmacological treatment and other interventions, such as caregiver education, legal and financial counseling. Recent studies indicate that clinicians often lack knowledge of new diagnostic guidelines, resulting in inaccurate diagnoses and delays in intervention. In practice, many clinicians are also unaware of the advantages and limitations of new methods for clinical assessment and brain imaging, and how to utilize results from cognitive tests in patients with high cognitive reserve. Practioners also need information about new research in the field, including clinical trials, to better respond to patient questions about when and why to refer them to clinical trials.

Under the direction of Ranjan Duara, MD, the Wien Center for Alzheimer’s Disease and Memory Disorders at Mount Sinai Medical Center, Miami Beach, initiated the MCI Symposium in 2003.

Each symposium has had a central theme presented in the format of three or four half-day minisymposia (each with its own subtheme) over a two-day period.   Starting with the 10th Annual MCI Symposium in 2012, the second day of the Symposium has been devoted to a Workshop in which practical issues related to diagnosis or treatment of conditions leading to MCI and dementia were discussed.

In 2013, the MCI Symposium included the First Alzheimer’s Public Educational Forum for patients, at-risk family members and caregivers. This segment originated in response to the need for increased information from the general public about risk factors, early detection, prevention and treatment of Alzheimer’s disease and related conditions 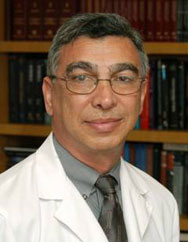 Dr. Ranjan Duara is the Medical Director and Dennis C. Cole Family Chair in Alzheimer’s Disease Research at the Wien Center for Alzheimer’s Disease and Memory Disorders at Mount Sinai Medical Center in Miami Beach. He is a Professor of Neurology at the Herbert Wertheim College of Medicine (Department of Neurology) at Florida International University and Courtesy Professor of Neurology, University of Florida College of Medicine. He completed internal medicine and neurology residencies in India, the United Kingdom and at Thomas Jefferson University Hospital in Philadelphia, and did a fellowship in neuroscience and neuroimaging at NIH.

Dr. Duara’s research has focused primarily on early diagnosis of Alzheimer’s disease and other dementias, neuroimaging, genetic epidemiology and the methodology for staging the transition from normal cognitive aging to dementia. He has contributed to over 200 articles in peer-review scientific journals as well many book chapters. 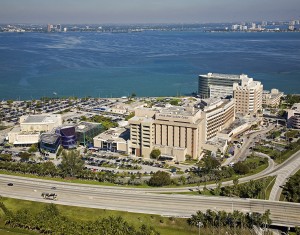 The Wien Center for Alzheimer’s Disease and Memory Disorders, since its inception in 1986, has provided clinical care in the form of diagnosis, comprehensive neurological, psychiatric, social service and outreach services to patients and their caregivers in South Florida, the Caribbean and Central and Central America.

The center has been very actively engaged in clinical, neuroimaging, neuropsychological, epidemiological and genetic research, as well as in clinical trials, including the Alzheimer’s Disease Neuroimaging Initiative and many studies sponsored by the Alzheimer’s Disease Cooperative Studies group as well as pharmaceutical and other healthcare companies. The center is also the host of the State of Florida Brain Bank, including a registry of autopsy donors for those afflicted with memory disorders and the only facility to obtain neuropathological diagnosis for such patients in all of South Florida.

The center has been a recipient of numerous grant awards, including a partnership in a National Institutes of Health Alzheimer’s Disease Research Center (ADRC) award. The center has been in the forefront of providing education about memory disorders to professionals and the community at large. It initiated a comprehensive community memory screening program in the early 1990s, which continues to serve hundreds of South Florida’s elderly residents each year.

While the Wien Center has been at the forefront of major advances in Alzheimer’s including diagnosis, treatment and research, for the last 25 years, there remains much to learn and investigate. The MCI Symposium, the Early Alzheimer’s Disease Workshop and the Public Education Forum are the vehicles for this learning process, not only for the center and for the residents of South Florida, but also for the many individuals who travel to Miami Beach to attend these events each year.

Discover more about the Wien Center at its website.

The event is accredited (CME/CE).